The opening keynote panel at ‘Queer’ Asia Conference 2018 features three invited speakers, who will share their thoughts and ideas on the conference theme, drawing upon their own research and regional expertise. Panellists will consider definitions and visions of queerness, queer identity, bodies, borders, and Asian identities and lives. 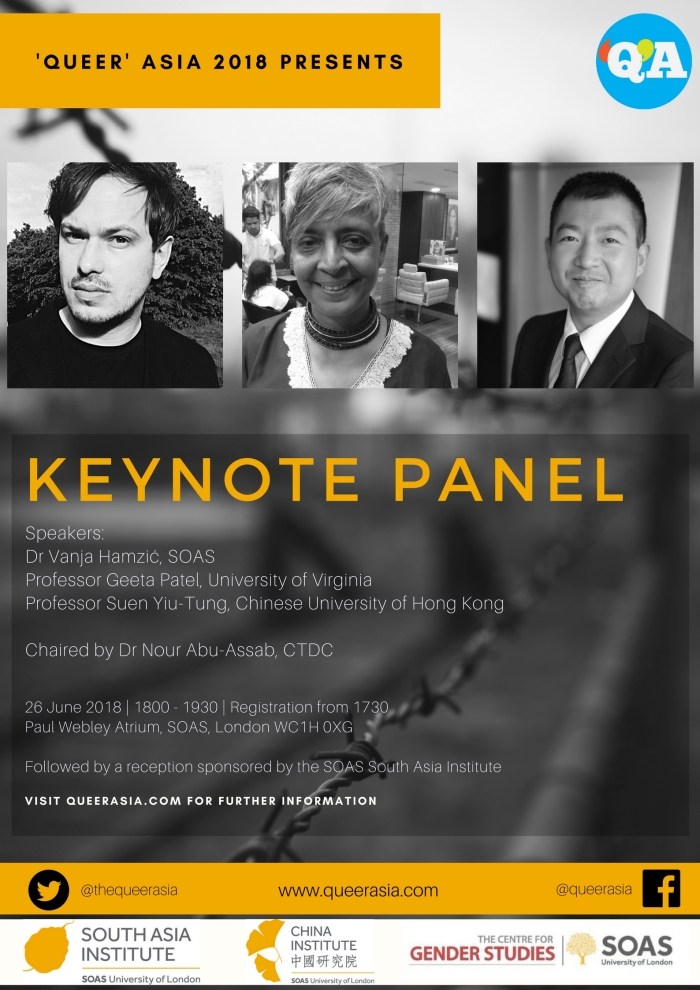 The session will be chaired by Dr Nour Abu-Assab, CTDC

The panel will be followed by a reception sponsored by the SOAS South Asia Institute.

The bulk of Dr Hamzić’s research addresses issues in human subjectivity formation—especially those related to gender, sexual, class, linguistic and religious difference—with the principal fieldwork sites in Pakistan, Indonesia, Senegal and Louisiana. While the focus of Dr Hamzić’s work has been the Islamic legal tradition, both in its historical and present-day diversity, he is also interested in how some of its strands have influenced—and, in some cases, moulded into—other South Asian, South East Asian, West African and circum-Atlantic traditions. Dr Hamzić’s work to date has particularly sought to shed new light on how gender-variant individuals and communities have braved the turbulent tides of colonialism, slavery and other legally-sanctioned oppression and how, in turn, they have developed and abided by multiple formations of insurrectionary vernacular knowledge about themselves and the world at large.

Professor Geeta Patel, Director of UVA in India and Professor at the University of Virginia

Professor Patel has three degrees in science and a doctorate from Columbia University, NY, in interdisciplinary South Asian Studies focusing on Sanskrit and Urdu. She has published widely in both academic and popular venues on the collusive conundrums posed by bringing finance, science, sexuality and aesthetics together, and translated lyric and prose from Sanskrit, Urdu, Hindi and Braj. Her first monograph, Lyrical Movements, Historical Hauntings: On Gender, Colonialism and Desire in Miraji’s Urdu Poetry, reimagines the landscape of Urdu modernism. Dr Patel’s second book, Risky Bodies & Techno-Intimacy uses techno-intimacy as the locus for interrogating capital, science, media and desire. She is the co-editor of three special issues that engage several of her areas of expertise. “In Queery/In Theory/ In Deed” and “Area Impossible,” for GLQ and “Trust and Islamic Capital” for Society and Business Review. Dr. Patel is completing three other manuscripts, one on the poetics of finance (historical pensions, insurance, credit, debt) and farm finance; one on Ismat Chughtai using the history of scientific realism, light, quantum and special relativity as vectors; and one on fantasies embedded in advertising called “Billboard Fantasies.”

Professor Suen founded and directs the Sexualities Research Programme, the first research programme in Hong Kong dedicated to conducting rigorous, independent research on sexuality issues, focusing on LGBT+ legal and policy issues.  He has been frequently invited to speak on LGBT+ issues to a wide range of audiences including policy makers, business leaders, lawyers, health care professionals, service providers, secondary school and university students, and social activists. He serves as a consultant and data analyst for the United Nations Development Programme Being LGBTI in Asia programme, serves on the Research Advisory Board of Open for Business, and is the Vice-Chairperson of the Board of Directors of AIDS Concern. His work is frequently cited in the Hong Kong media, has been reported to the Legislative Council, as well as used in evidence in court cases. Throughout the years, he has been interviewed by international media outlets such as the BBC and Bloomberg and he is frequently asked to comment on gender and sexuality issues by Hong Kong media. He was a regular contributor to the South China Morning Post Letter of the Law column. His op-eds have also been published in the Guardian, China Daily, Hong Kong Economic Journal and Ming Pao among other diverse outlets.

Dr. Nour Abu-Assab is a Palestinian queer feminist sociologist and activist in the field of sexual and LGBT rights in the MENA region. Nour co-founded the Centre for Transnational Development and Collaboration through which she focuses on gender, sexuality and marginalised communities. Nour has a number of publications on issues of identities and sexualities in the region, including Queering Narratives and Narrating Queer: Colonial Queer Subjects in the Arab World in Queer in Translation (2017), Destabilising Gender Dynamics: Syria Post 2011 in a Gendered Approach to the Syrian Refugee Crisis, and she has co-authored Conceptualising Sexualities in the MENA Region: Undoing LGBTQI Categories. Nour also has a forthcoming book to be published by I.B. Tauris under the tile of Ethnic Minorities and Nationalism in the Middle East: the Kurds of Syria and the Circassians of Jordan. 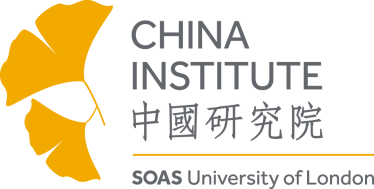