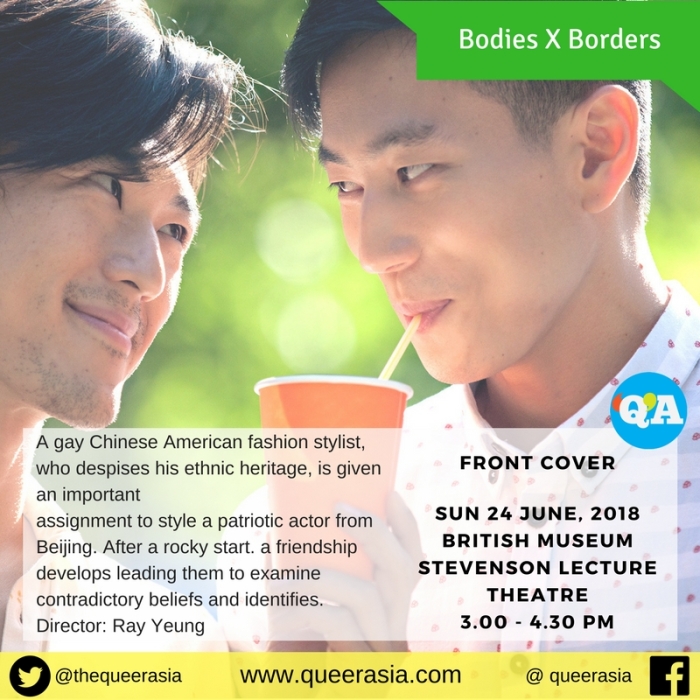 Set in Manhattan, Front Cover tells the story of Ryan Fu, a gay American who rejects his Chinese heritage that he sees as a hindrance on his climb up the social ladder. Through talent and hard work he has attained his dream job as an assistant to a celebrity fashion stylist.

One day Ryan is assigned to style Ning, an actor just arrived from Beijing, for a top magazine photo shoot. Ning dismisses Ryan’s initial Western styling and demands an image that represents the power of the new China. Their egos and opinions clash resulting in a strained and difficult working relationship.

Over the following days, they slowly discover they share a lot in common. As they get closer, a mutual attraction develops leading them to examine their beliefs and identities.

Ray YEUNG is a MFA graduate of Columbia University with a major in Film Directing; his first feature, CUT SLEEVE BOYS, premiered in Rotterdam (RIFF) in 2005. It won Best Feature at Outfest Fusion in 2006 and was distributed internationally. His second film, FRONT COVER was screened at numerous international Festivals and won six awards including Best Feature and Best Screenplay. It was sold globally, including a theatrical release by Strand in the USA and Edko in Hong Kong.