in collaboration with the SOAS South Asia Institute and the Bagri Foundation London Indian Film Festival. 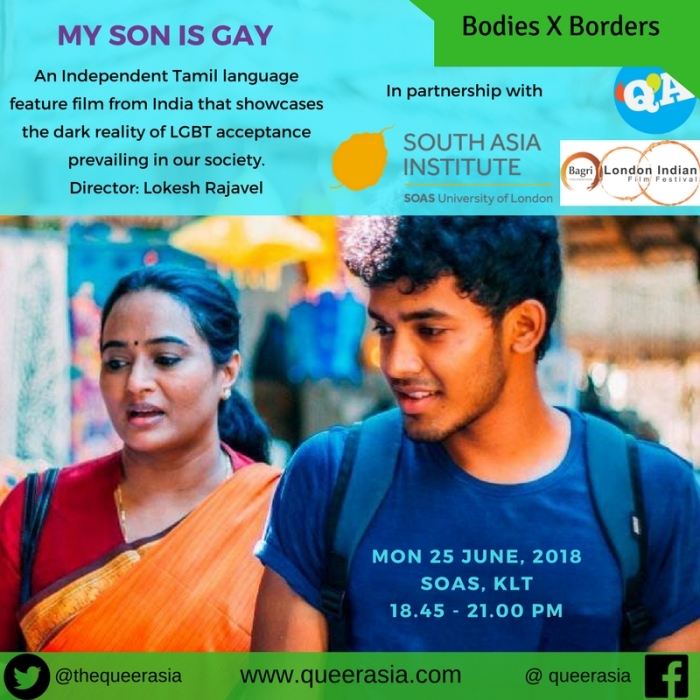 In this moving humanist melodrama, Varun comes out to his best friend’s mother. When the news reaches his own mom Lakshmi, she rejects it, in disbelief that the perfect son she so adores could ever be gay. What follows is a portrayal of the entrenched prejudice that the LGBTQ community still face in India today. With Section 377, the law criminalizing same-sex relationships, currently under review by the courts, this is a timely and important take on queer rights and a test of a mother’s love for her son.

Lokesh is a Writer, Director, Producer with his indie production house called ‘Beyond The Limit Creations’. A person who strongly believes that films can highly influence the society we live in. Inspired by attending various film festivals, he has made some short films which helped him in learning the craft and the business of filmmaking in depth. This 27 year old with a very clear vision on both commercial and festival market, considers filmmaking as a transformational tool; hence his films
focus on various social issues and for that purpose, he does intensive research on the subject at hand. My Son is Gay, his long-awaited debut feature film is a path-breaking & very important Tamil language film from India.