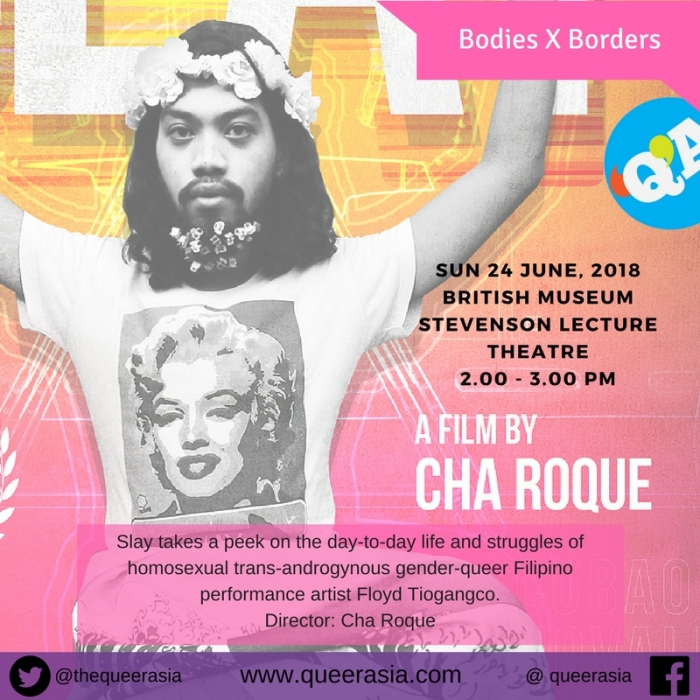 Slay features the story of Floyd Scott Tiogangco, a homosexual trans-androgynous gender-queer Filipino performance artist. He is often judged and denied entry to public vehicles and establishments just because of his unique sense of style. This documentary explores how gender expression is also grounds for discrimination in the Philippines, and how the idea of sexual orientation often comes with a boxed expectation of how a person’s gender expression should be.

Cha Roque is a literary writer, filmmaker, and LGBT advocate from the Philippines. She is the Communications Director of DAKILA, an artist collective in the Philippines who believes in the power of art to incite social change.

Cha co-founded CLP Videos, for which she has directed, written and produced numerous videos for corporate, government, and non-government clients. She used to teach Video classes at De La Salle College of St. Benilde, and Scriptwriting, and Brand Communications classes at Asia Pacific College. Cha is a fellow of the Salzburg Global LGBT Forum, and a grantee of BChange Organization for the Stories of Being Me documentary series. Her films have been screened in various national and international film festivals.