‘Queer’ Asia Film Festival is back with five days of films from all over Asia. The film festival this year show cases 30 films including the first ever ‘Queer’ Asia Short Shorts, a collection of 22 short films from countries including China, India, Myanmar, Thailand, and Lebanon. The collection of films this year address ‘Queer’ Asia’s thematic focus on ‘Bodies X Borders’ as they trace Asian diasporas in transnational locations such as in Crossing Bridges (Canada/Indonesia) and the mediation of dangerous national borders in Screaming Goats (Thailand); or imagine the complexities of racialised bodies and Islam within European urban spaces in A Post-Ottoman Trilogy (Skopje, Sarajevo, and Salonika), or even build solidarity and learning between the LGBTQ movements in Asia and South America with a featured documentary from Argentina. The Film Festival is co-hosted at The British Museum and SOAS, University of London from the 24th to 29th of June, 2018.

Schedule at a glance: 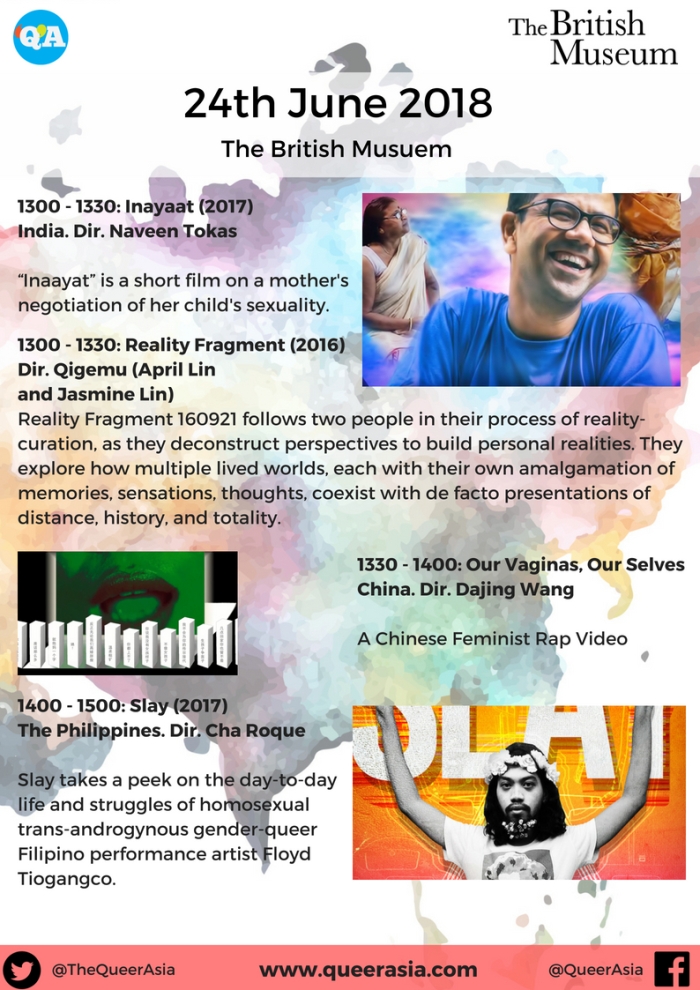 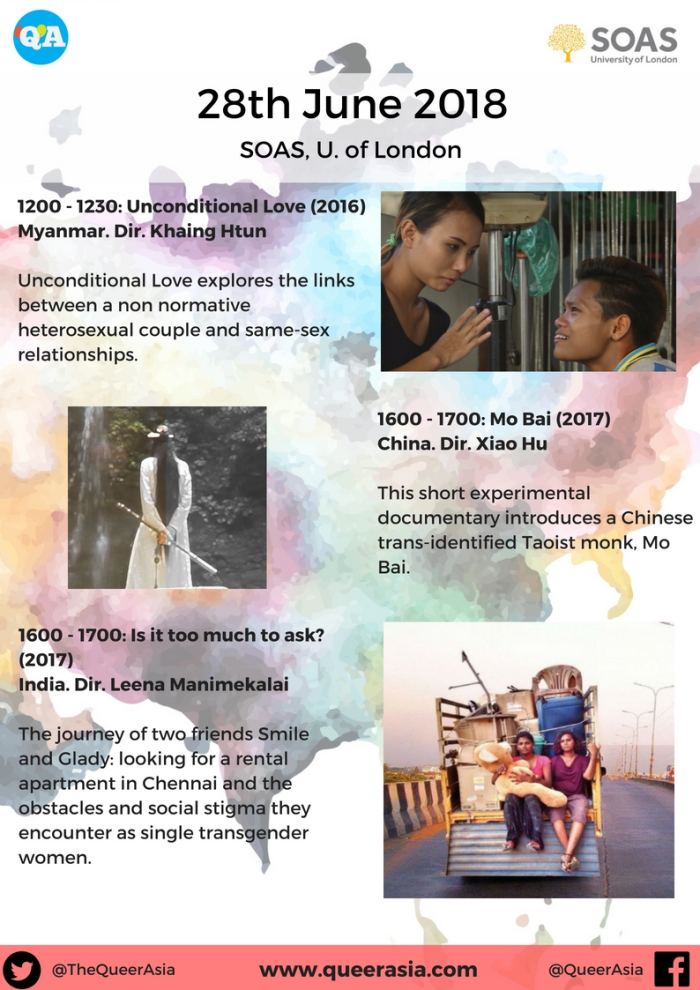