There have been significant developments in relation to LGBTQI+ (lesbian, gay, bisexual, transgender, queer, intersex) rights and communities in Asia recently, both negative and positive. Events such as the ban on ‘foreign’ sponsorship and participation at Singapore’s annual Pink Dot rally, the treatment of LGBT individuals in Indonesia (including corporal punishment and humiliation and arrest), and Taiwan’s constitutional court decision to allow same-sex marriage are but a few examples.

These changes have kept debates around Asian sexual orientation and gender identities (‘SOGI’) at the foreground of discussions on ‘LGBTQI’ identity in an Asian context.

The term ‘SOGI’ is sometimes preferred to ‘LGBTQI’ in order to encompass wider communities who may be excluded or harmed in establishing gender equality and sexual rights.  This framework is important in the context of many countries in Asia, where people may not identify with the identity framework (‘LGBTQI’) used by other states, NGOs, and international ‘LGBT’ movements. The conference held by ‘Queer’ Asia on 16-18 June 2017 is therefore an exciting new prospect for future research into the complexities of sexual orientation and gender identities in Asia. In particular, the conference is helping to expand definitions and ideas of what it means to be ‘LGBTQI’ in relation to ‘Asian’ identity, where such identity may be negotiated in contexts of social and cultural difference from the west. Secondly, this sort of research inherently changes the nature of our global understanding of ‘LGBTQI’ identity, adding divergent ‘Asian’ perspectives to what it means to be ‘LGBTQI’ and asking how this experience interacts with the rest of the world.

LGBT movements have sought legal acceptance through equal rights, such as legalisation of marriage or equal representation in military service. This adheres more to an assimilationist rather than liberationist style of politics, where the individual is brought within the fold of existing liberal democratic frameworks. Such claims to belong may be seen as problematic since they are based on a heteronormative framework, through which LGBTQI individuals demand their inclusion into rights frameworks, rather than challenging the nature and scope of those frameworks themselves. The Taiwan court’s decision, along with recent moves to approve a bill ensuring ‘gay rights’ in Thailand, can be viewed within this context. An important question therefore emerges: what does decriminalisation and legalisation enable? No one would argue that the endowment of equal rights does not have tangible benefits, but what other impacts occur when one is recognised as a legitimate citizen by the state?

India provides an interesting example of the negotiations that occur between SOGI individuals and the modern nation state, demonstrated by examining acts of decriminalisation, legalisation, and recognition. There have been significant legislative developments in recent years to ensure the social inclusion of SOGI individuals. Sexuality and gender-based movements have flourished since the 1990s, leading to increased visibility and media representation. These movements have drawn on both global discourses on the rights of the sexual and gendered subject (as found in human rights discourses and global treaties), as well as utilising ‘local’ discourses relating to demonstrations of sexual and gender difference, exhibited historically in the South Asian context.

Mainstream activism has focused on the issue of decriminalisation. A historic victory came in the judgment of the Naz Foundation v the Government of NCT of Delhi, 2009, where the Delhi High Court declared Section 377 of the Indian Penal Code constitutionally invalid (a statute that criminalises sexual activity ‘against the order of nature’ and interpreted to criminalise same-sex sexual acts). This judgment effectively decriminalised consensual same-sex conduct between adults. However in December 2013 the Supreme Court overturned the Delhi High Court verdict in Suresh Kumar Koushal & another v Naz Foundation and others, which upheld the constitutional validity of the section. The court argued that ‘homosexuals’ were not targeted as a group by the section and that parliament should decide on legal revision. This judgment is currently awaiting review by the Supreme Court. 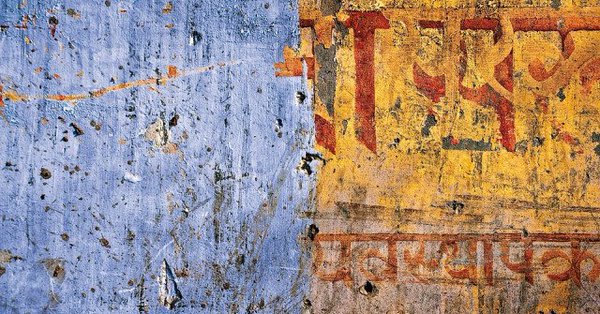 In contrast, transgender individuals—as distinct from LGB individuals—have become the focus of government intervention. In April 2014, shortly after the Koushal judgment, a different bench of the Supreme Court distinguished transgender communities as in particular need of rights and protections in National Legal Services Authority (‘NALSA’) v Union of India. The judgment affirmed constitutional rights for transgender communities, although there have been critiques over the definition of ‘transgender’ in the judgment and therefore which groups might fall under its remit. Additionally, further acts have been passed in both the Upper and Lower Houses of the Indian Parliament that have sought to implement the NALSA judgment through practical means, although they vary in scope and remit. The latter act, in particular, has been critiqued for failing to embody the spirit of the NALSA judgment.

Transgender groups in India have become a focus for state discourses, particularly as targets for government intervention in relation to rights. This stems from a historical NGO interest in these groups as the recipients of sexual health and HIV/AIDS initiatives. One limitation of this governmental intervention is the way in which ‘transgender’ identity has been framed, which is problematic in two critical ways. First, individuals may fail to identify with the term ‘transgender’, instead choosing regionally or culturally specific terms. They thus cannot benefit from these legal interventions unless they identify as ‘transgender’, which may mean becoming more visible in legible ways (legible relating to what is expected to ‘pass’ as transgender in the eyes of the state). Second, the distinction between ‘transgender’ and other gender identities draws and creates artificial divisions between gender non-conforming identities (who may fluctuate or identify with different categories in different spaces and at different times). This results in producing division between different groups and creating a more rigid idea of what transgender means. For example, the NALSA judgment conflates ‘transgender’ and ‘hijra’ identity, often using the designation ‘transgender/hijra’ to refer to identified communities (‘hijra’ is a term used to identify gender non-conforming individuals in South Asian countries, although it is rejected as derogatory by some communities in India).

Identifying the ‘transgender’ community as one to whom rights can be given conceptualises ‘transgender’ identity in a particular way, notably as male-to-female transpeople, whose identity is often conflated with that of hijras (who may or may not identify as ‘trans’). This is a limited understanding of trans identity in India, based on western conceptual frameworks which understand trans identities in relation to binary gender identification and medical pathologisation. The entrenching of this definition of transgender identity in India is likely to have negative effects on other forms of transgender and gender non-conforming trans identities in this context, particularly where gender variance may intersect in multiple ways with sexual orientation and sexual practice.

Legislative coherence is liable to divide groups, solidarities, and identities, and make subjects more legible to the state. Aniruddha Dutta argues that the consolidation of gender non-conforming people under a stable identity results in the codification of subjects for ‘care and management’ by the state. This means that while transgender subjects are recognised as rights beneficiaries, a consequence is that they are also rendered more legible to the state as subjects who might be managed more easily. Moreover, the recent benefits afforded to trans communities stand at odds with the legislative and social position of wider ‘LGB’ communities. In June 2016, the Supreme Court clarified that LGB communities were not included in the remit of the NALSA judgment, which does not discuss the factor of sexual orientation and practices. This ignores the ways in which gender identities may overlap with sexual identities in composite and complex ways. As such, multiple LGBT identities face ongoing injustice and criminalisation under Section 377, including trans identities. Fundamental rights granted under NALSA (such as the right to equality, non-discrimination, and protection of life and personal liberty) for trans communities therefore appear contradictory when considering the rights denied by the Koushal verdict that re-criminalised consensual same-sex sexual practices. This paradoxical situation highlights that granting rights based on gender variance and not on sexual orientation puts subjects in a precarious position, especially when they do not fall simply into trans or LGB categories. Simultaneously then, the variance and flexibility exhibited throughout trans and wider LGBT communities is ignored, and policed by the state when it identifies some identities as legal and acceptable.

Examining the current legal and cultural position of LGBT rights in India allows for an exploration of how LGBT rights are negotiated through the historical, social, and political context of individual countries. Rights are not gained as part of a general trajectory towards states of equality, but rather through processes of decriminalisation and legalisation. In this sense, ‘LGBTQI’ rights are negotiated through divergent contexts, which raises problematic and uncertain consequences for SOGI identities across the world.

This article was initially published at the IAPS, University of Nottingham Blog as part of a collaborative series after the ‘Queer’ Asia Conference 2017: Desire, Decriminalisation and Decolonisation.

Other blogs in the series: